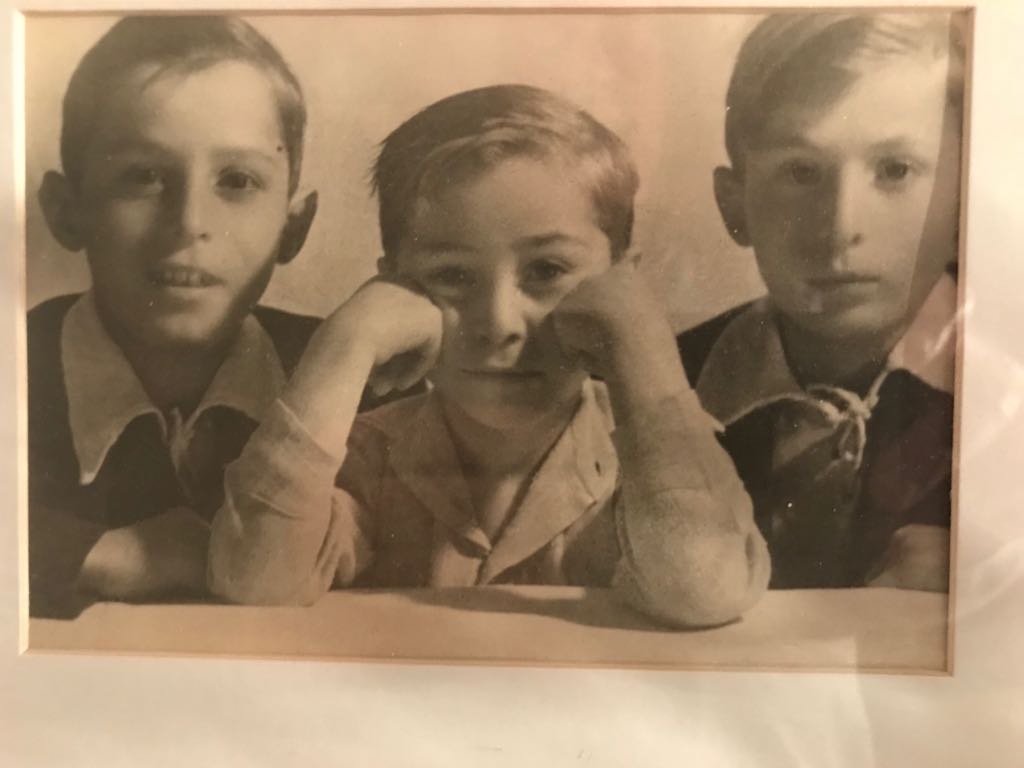 “These are my brothers; Abraham, Maurits and Joseph, murdered in Auschwitz, 14, 12 and 8 years old. And then there was also a sister Greetje. After the war my father remarried and his new marriage Greetje (1946), I (Ap 1947) and Dave (1949) were born. My mother had another son, born in hiding (1943). My brother Dave and I are the only children of my father who are still alive. My brother is married to my wife’s sister. My wife and I have a son and a daughter, three granddaughters and a grandson. And you know? We will NEVER forget. Not them, neither the six million. “