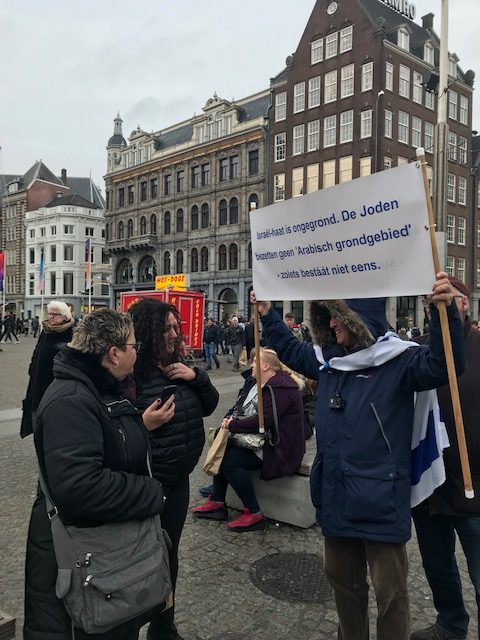 Michael Jacobs regularly demonstrates at the Dam-square to expose anti-Semitism and hate speech in the Netherlands. On April 5, just prior to the Shabbat, the Mayor of Amsterdam, Femke Halsema sent Jacobs a letter saying that Jacobs is disturbing the public order with his one-man action. Very recently, Jacobs received public blows, which he reported to the police and he had the damage to his face photographed. Five days later, the mayor of Amsterdam appoints the victim as the perpetrator. The Descendants distance themselves from the action of the mayor. We believe that the mayor seems to mix administrative and judicial power.