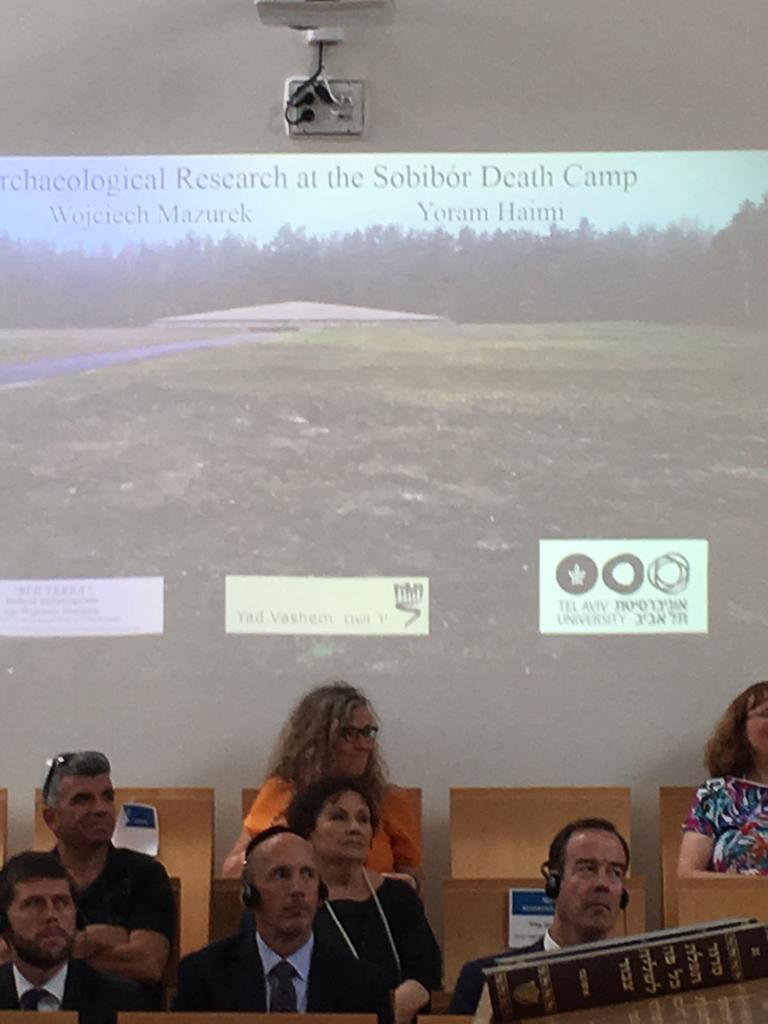 Since 2007, archeology doctoral student Yoram Haimi has led excavations at the site of the former death camp together with his Polish counterpart, Wojciech Mazurek, supported by Yad Vashem International Institute for Holocaust Research and Directorate. In his lecture, Haimi revealed that over the past 11 years, teams of volunteers at the site have unearthed over 70,000 artifacts, including wedding rings, personalized pendants, false teeth, keys, and even door signs with the names of families deported to the camp in the belief they were relocating. “Each small item carries with it a fascinating story,” Haimi emphasized.

Despite the German efforts to destroy the camp in an attempt to erase all evidence of its existence, and the subsequent building and roads laid over many important components of the camp, the archeological team showed, with the help of aerial and 3D images, much of the camp’s structure: the exact locations of eight gas chambers, 21 burial pits and nine open crematoria, in addition to the “Himmelstrasse” (pathway to heaven) along which the victims were hurried towards the gas chambers, the women’s disrobing hut and the living quarters of the camp’s commandants. “Our archeological work proves for future generations that Sobibor existed,” Haimi concluded.