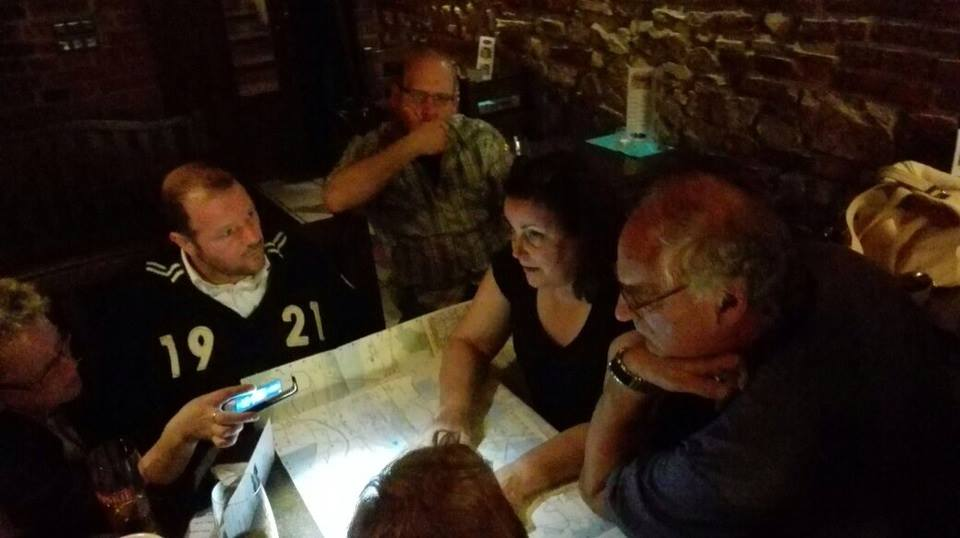 On the website of the NIOD, the Netherlands Institute for War, Holocaust and Genocide Studies, we were aghast to read that after fifteen years, educational specialist Maria van Beurden Cahn has been removed from the institute’s staff.

Under the inspiring guidance of Prof. Loe de Jong and historians Jacques Presser and Ben Sijes, we were guaranteed a Jewish voice in the description of the genocide of the Dutch Jews. In retrospect, the death of Prof. Evelien Gans in 2018 unfortunately marked the end of an era.

In the past few decades, many secondary school teachers and the people who trained them, and increasingly museum staffs, mental health workers and the Dutch Army found their way to the courses given by Maria van Beurden Cahn.

The text which was drawn up in response to her departure and published on the site of NIOD, September 14, has been removed by the institute on November 1. We copied it and insert the text below:

‘ Departure of M. van Beurden Cahn as of 1 November 1

Maria van Beurden Cahn is leaving the NIOD on November 1. Ever since 2005, Maria held a part-time position in the field of education and specialized in courses for teachers, the people who trained them and museum personnel on the Holocaust and other genocides. In this position, Maria worked on various projects that contributed to the current Holocaust Memorial activities.

She supervised trips to The School of Education at Yad Vashem, where the CHGS*/NIOD gave independent workshops and lectures and trips to former concentration camps in Poland. She also played an important role in writing the book Holocaust and Other Genocides. An Introduction, which was published in 2012 under the auspices of the International Holocaust Remembrance Alliance (IHRA), and has since served as textbook for the teachers training course in the Netherlands and as reference book for the educational digital IWITNESS System of the USC Shoah Foundation Visual History Archive.

Maria van Beurden Cahn played a role in creating the courses on the relation between the Holocaust and other modern genocides and on the use of digital testimonies of Holocaust survivors in the classroom, so that now in 2020 these two themes are an integrated part of the comprehensive educational system.

The NIOD would like to express its appreciation for everything Maria van Beurden Cahn has done in the field of education. ‘

With the foolhardy termination of the important position of educational specialist, a great deal of expertise from Jewish survivors was eliminated in one fell swoop at the NIOD. The deletion of this position can be compared to the recent removal of the Chair on Judaism at the University of Leiden. This deJewification is not solely occurring at the NIOD but at other institutions as well. One no longer speaks to Jews. One talks about them. Obviously someone in the academic world is on a personal mission.

At the moment, Maria van Beurden Cahn was not available for comments. We hope to have more information soon.

The photograph with this item is from Maria van Beurden Cahn’s Facebook page.

*Centre for Holocaust and Genocide Studies