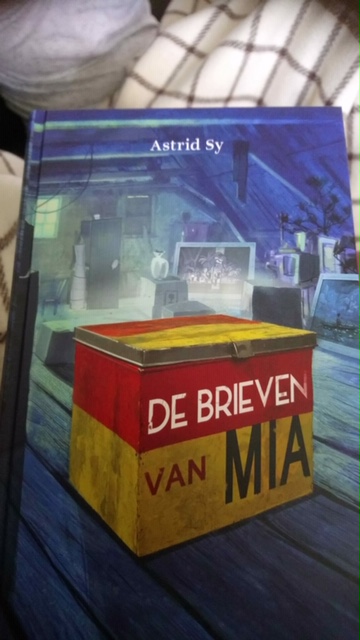 She is essentially very much a moderate, Sharon, the daughter of a mother born just after World War Two. Sweet by nature, always friendly, but never lets her guard down. A real second generation girl. At the Yad Vashem School of Education in Israel, she attended a course every two weeks. Learned about the ins and outs of dealing with sensitive chapters in history and the angles that really matter. In a nutshell, she LEARNED and Sharon became a top educator, one of the few who can speak and teach about the Shoah from the heart and with real empathy.

Then it is June 6, 2019. D-Day is being widely commemorated as one of the major moments in history and Sharon happens across a Dutch children’s book called  De Brieven van Mia (The Letters from Mia). And our 2G can hardly believe her eyes.  On four pages of the semi-innocent children’s story, a direct link is drawn between the  slaughter of the Jews and the alleged genocide of Palestinians by Jews. The suggestion is crystal clear, genocide is taking place in Palestine and the perpetrators are Jews/Israelis. OMG is her first reaction. From now on, she thinks, am I going to have to explain to everyone why it is historically incorrect to see Israel as an occupying power committing genocide? Sharon reads on and sees the explanation that not all Jews are Israelis. She grabs her laptop and signs up. ‘I think it is appalling that this is presented as the truth in a children’s book,” Sharon says. “Children aren’t about to go out and check on it.’

Sharon, calm, cool and collected as always, but now angry too. At Descendants, we say you are right, we totally agree and we have something to add that maybe not everyone is ready to hear yet … this is a form of institutional anti-Semitism.