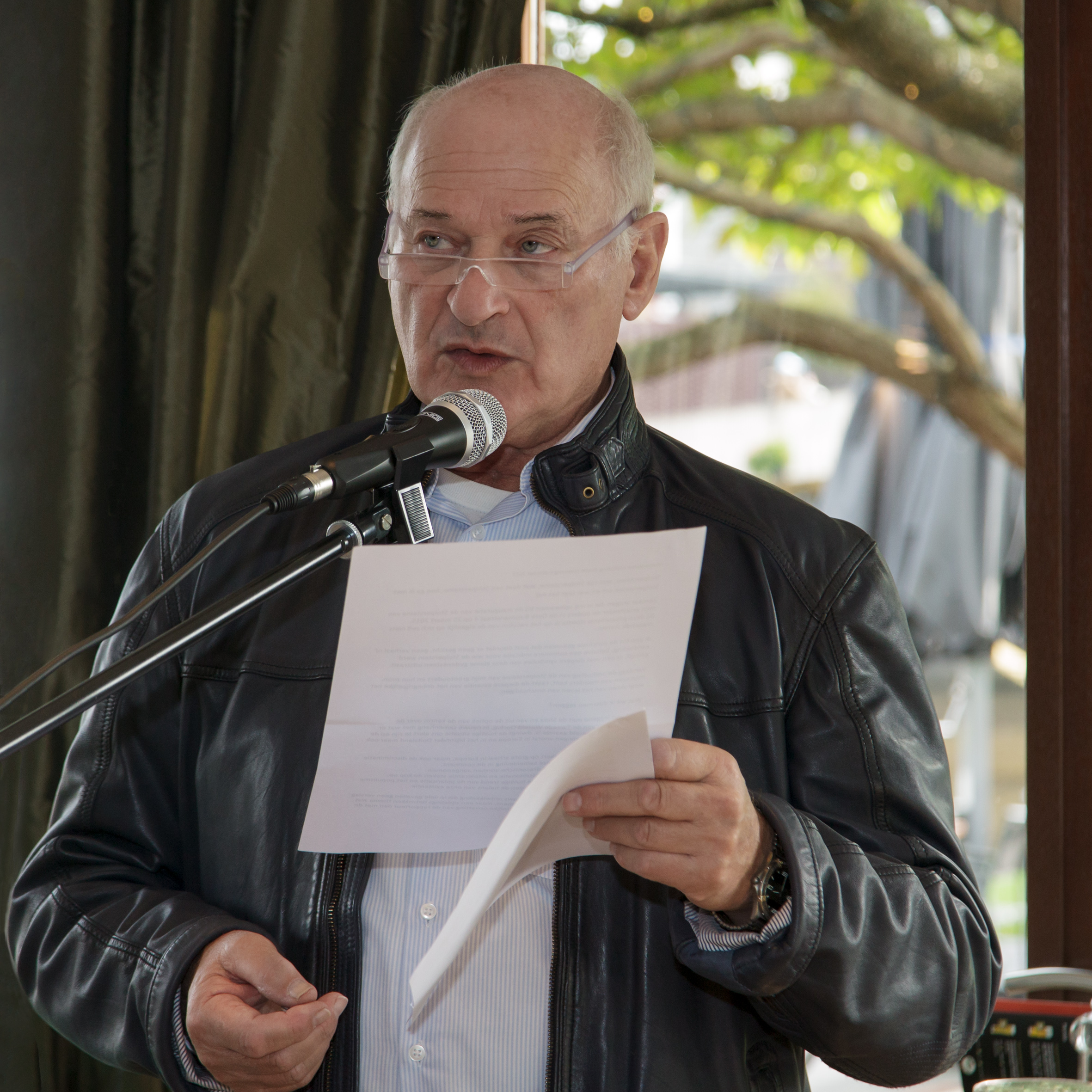 ‘It is important that the stories, sadness, frustration and loss are shared with the generations to come,’ Tswi Herschel said at the Zoom meeting in the series organized by Descendants of the Shoah Holland.

It was the eve of Holocaust Memorial Day 2021 and none of the numerous people at the Zoom meeting said a word. Not because the Mute button was on, but because of the kind of story it was. The screen was filled with faces, folks on their couch, in their study or living room, alone or with their spouse, most of the lights were dimmed. Jews and gentiles, people of all faiths, observant and complete atheists, a wide range of nationalities and ages and professions. With serious looks on their faces, listening intently.

Tswi presented a brilliant power point presentation. In ten slides, a picture of the emotional well-being of a hidden child growing up knowing he belonged to a community doomed  to disappear down the drain of history, something that did not quite work out that way in the end. A sweeping presentation Tswi refined over a period of six years to include academic findings integrated into his own personal story.

Tswi is not just any story-teller but a very experienced and highly skilled one from the team at the School of Education at Yad Vashem. Only the very best story-tellers speak there, the ones who are able to strike the right tone when describing what was done to the Jews during the Shoah and can link it to post-war life and the essence of what teachers and pupils can learn from a pitch black chapter of history that is a mandatory part of the school curriculum in so many countries today. Yad Vashem turned Tswi’s story into a teaching module and published it in six languages, his personal life story embodied in the message Never Again and Where Did the Story Go From There?

Tswi was only a baby when he was taken in by the Schwencke family, it was all arranged via people his father knew. A story in itself, and when asked about it, Tswi just says, ‘You can see for yourself on YouTube’ (in the link below). To make life safer for him, the Schwenckes brought him to the De Jonghs, a Protestant family in Oosterbeek near Arnhem. There Margje and Willem De Jongh were his mother and father and he had five brothers and sisters. He was loved and did well there, i.e. he survived. As did one of his grandmothers, they were the only two survivors in the family. She wanted to bring him up in a Jewish home, and she did. It was not easy for Tswi, she wouldn’t allow him to have any contact with the family he had been living with. ‘I had a lost youth,’ it says on slide number 9.

Nico and Ammy Herschel were only twenty-seven and twenty-four when they were murdered in Sobibor  on June 23, 1943. Their son Tswi recently turned seventy-eight. ‘I have great respect for my parents,’ Tswi says. ‘You can’t imagine what it must have meant to give a child away.’

He was eight when his father’s diaries surfaced. Ten notebooks filled from start to finish that his grandmother had saved and Tswi pored through. His parents were passionate Zionists and Tswi recognized himself in his father’s words. ‘It was all so much like how I saw life myself. I couldn’t have expressed my thoughts and ideas any better.’

In 1986, a successful businessman by then, Tswi immigrated to Israel with his wife Annette and their two teen-age daughters. He never regretted it for a moment and neither did his wife and daughters. With roots in the Netherlands, in that sad story of death and destruction, Tswi found his voice. Corona is keeping him at home now, but normally he travels all across the globe. He is actively involved in the World Federation of Jewish Child Survivors, he studies, he attends and gives lectures and workshops. ‘I don’t do it for free,’ he says. ‘Because if a talk doesn’t cost anything, people treat it like it isn’t worth …. like it doesn’t mean ….’ He raises his eyebrows. We understand what he is saying. Nothing in this life is for free.

Are we happy others want to listen to us, or does the world understand that we as descendants of that genocide, we have a message they won’t hear anywhere else? A message they can learn from and that is worth something, a message about how you live on, how you do it and feel it, a message about trauma and resilience.

‘A child who has been in hiding can’t forget, no way,’ Tswi says. ‘You simply cannot forget. Most of us had to grow up overnight. The past hurts. A child in hiding is a survivor and has a story.’ A story with clear messages. Messages that are relevant today in other contexts and are universal and meaningful.