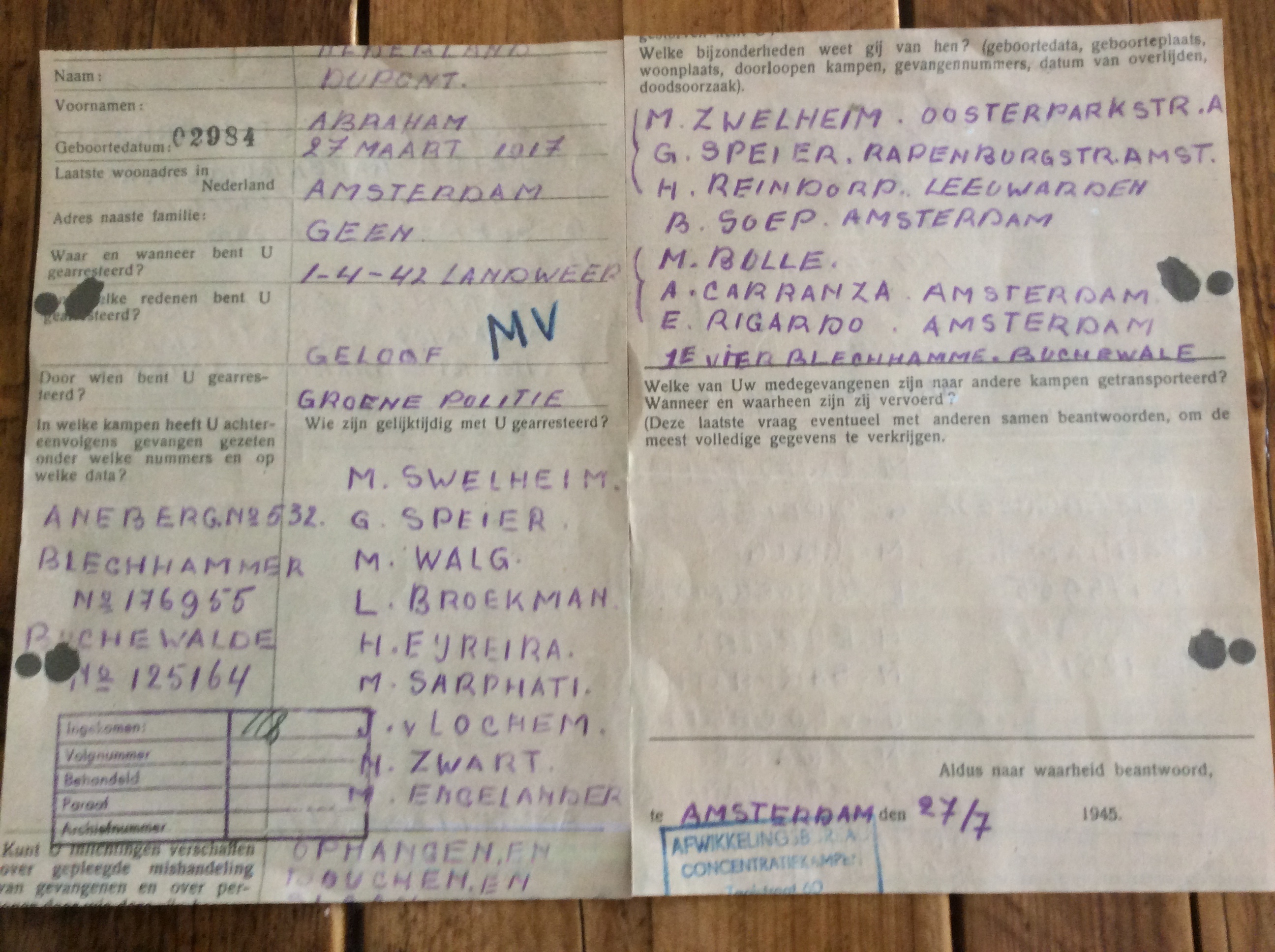 73 Years later, a copy of the official home-coming form of his dad. René looks at it regularly and tries to interpret what he looking at. Buchenwald wasn’t a subject talked about at home and he wonders how do survive more than three years of concentration camp?

All the names of the boys with whom his father was captured and also of the ones who were murdered in his presence.

The officials asked if father could provide information about ‘committed assaults’? Answer? Yes, he could.  Very briefly and in letters dad wrote: HANG UP, AND SHOWER AND SLEEP.

Clarification about his arrest? FAITH.

Bram and a group of boys his age were on the run for the nazis. Searching freedom, on their way to France, they were stopped by the german police at Landweer in the province of Limburg.

Address of close family? Bram suspected no survivors, so: NO. Clearly, July 27 1945, no illusions anymore.

The officials gave the home-coming form three stamps, it went boom boom boom and Bram had arrived in The Netherlands. Officially and truthfully cleared!