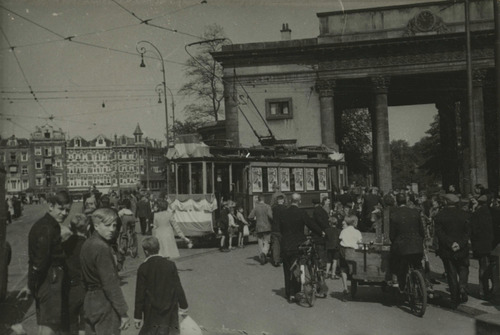 07 Jul All Jews affected by deportations

The response of @Descendants to the 12-page advisory report by the Cohen Commission has finally been clearly formulated: https://commissietegemoetkomingns.nl/app/uploads/2019/06/Advies-Commissie-Individuele-Tegemoetkoming-Slachtoffers-WO-II-Transporten-NS.pdf?fbclid=IwAR38sNhSLu04upT2Ky-_cpej6oVJcoFfl3-Sl09lfgUfayL9F2HYru5ApIY.

@Descendants is concerned about the fact that only three categories are included under the proposed compensation arrangement. The recommendations of the Cohen Commission do adhere to the concept of the Jewish community but are not clear about just exactly who it includes. We are familiar from the past with the horrible examples of exclusion from general compensation measures and @Descendants hopes the proposed arrangement will include for example stateless Jews.

In addition, @Descendants is examining the further consequences and is interested in the idea of conducting more specific research into the role of the Dutch Railways in the persecution of the Jews. In this connection we are also very interested in the amount of funding to be invested in research. The proposed period of one month indicates that the Commission has adopted a very diligent approach to this issue.

* The photograph is from the Beeldbank WO2, number 156159 and can be freely downloaded.