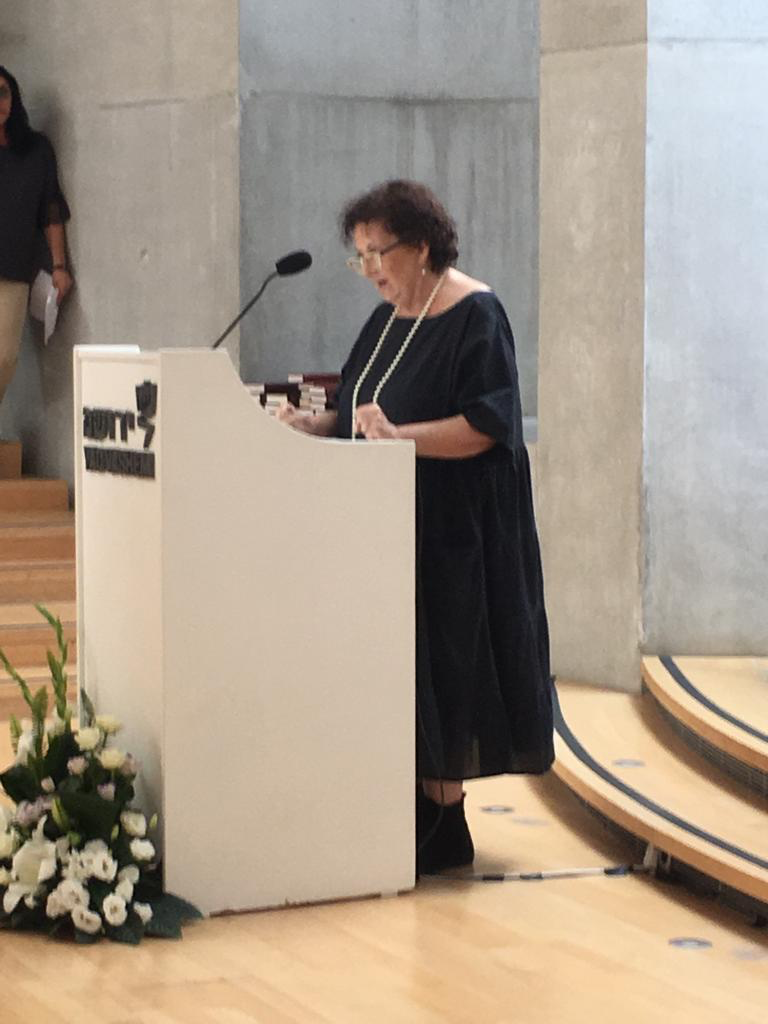 Devorah Fishman (Lichtman), daughter of the late Sobibor survivors Eda Fischer and Jitschak Lichtman, spoke about both the burden and honor of growing up as a member of the Second Generation. The most important lesson she learned from her parents was how they preserved their humanity in the camp, and later found “the proper way to live a normal life.” “How lucky we are to be connected to such heroism,” she concluded.